While he’s only been seen out on a handful of occasions with his doting parents Meghan Markle and Prince Harry, baby Archie has made several appearances since his birth in the UK and overseas.

Days after he was born, his parents organised a photocall to show him to the world and soon sat for photos with his extended family, including the Queen, Kate Middleton and Prince William following his christening.

Here are all the sweetest photos of baby Archie since his birth: 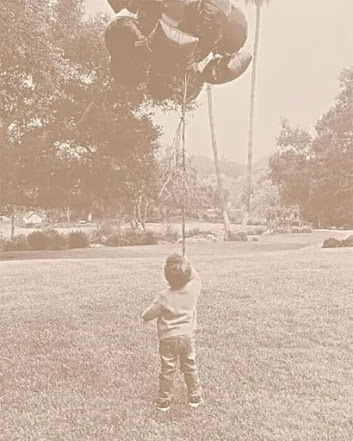 The Duke and Duchess of Sussex are happily embracing their Californian life with their son Archie Harrison Mountbatten-Windsor, after stepping back from royal duties in March 2020.

In the illustrated photo, the parents can be seen with their toddler – who appears to have red hair like his dad – outside a Wendy house of what is presumed to be their Montecito home. Their dogs Guy and Pula also feature in the snap. 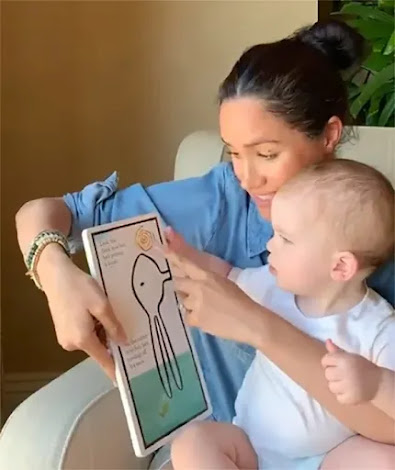 In a collaboration with Save The Children, Harry and Megan marked Archie’s first birthday with a video of the Duchess of Sussex reading Archie his favourite book Duck! Rabbit! 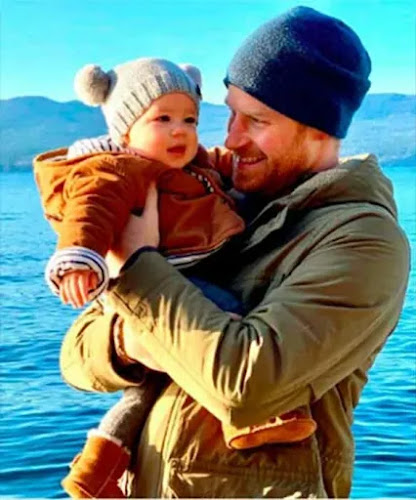 In a photo shared on the Sussex Royal Instagram account, the couple shared a video that looked back at their exciting year.

The photo sees Prince Harry holding his baby boy in his arms during the family’s trip to Vancouver.

Prince Harry and his wife Meghan hold their baby son Archie as they have a meeting with Archbishop Desmond Tutu at the Tutu Legacy Foundation in Cape Town on September 25, 2019

Archbishop Desmond Tutu meets Archie for the first time and holds his hand.

The religious figure kissed the top of Archie’s head, much to his mother’s glee. 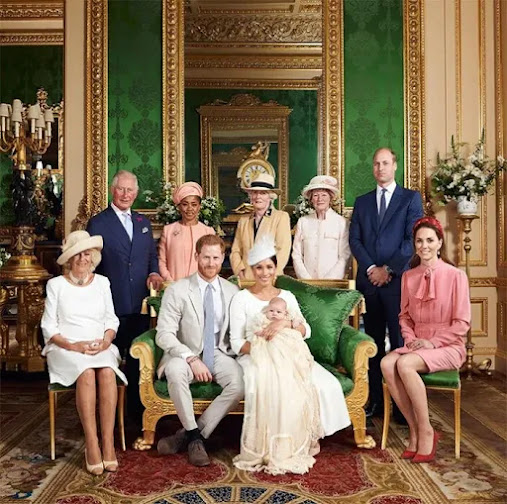 The baby gave his mum a big smile as she held him on her lap during the meeting in South Africa. 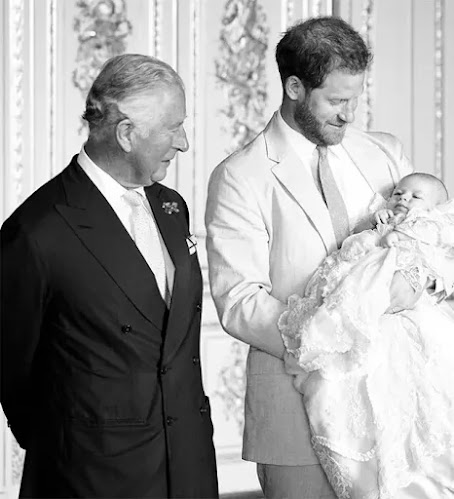 Another touching moment captured by Chris Allerton showed Charles and Harry cooing over the newborn at his christening. 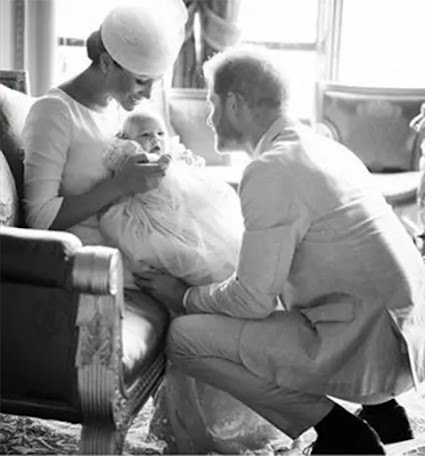 On Harry’s 35th birthday, the couple chose to upload a collage of gorgeous photos, including this one, again taken at Archie’s christening. 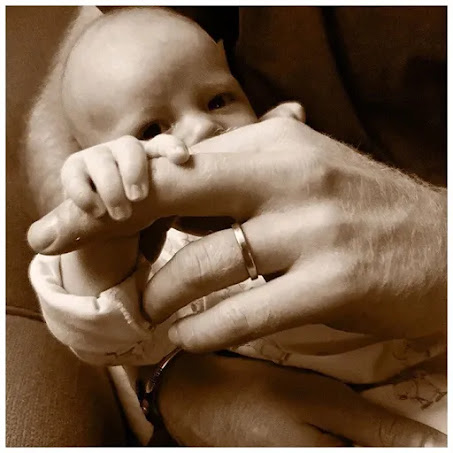 To mark Father’s Day, his first as a dad, Harry’s team shared this gorgeous close-up sepia shot of Archie on Instagram. The caption read: “Happy Father’s Day! And wishing a very special first Father’s Day to The Duke of Sussex.” 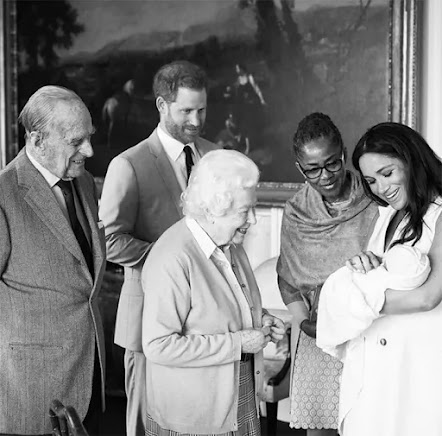 This momentous occasion showing the Queen and the late Duke of Edinburgh meeting their eighth great-grandchild was once again captured by Chris Allerton.

The royal baby looked perplexed by photographers in the room as his father Prince Harry held onto his right foot.

The Duchess of Sussex was out supporting her husband Prince Harry, who was playing in a charity polo match with his brother Prince William, in July 2019.

The couple were seen staring down at their newborn child during a photocall at Windsor Castle, marking the first time the baby was presented to the world. 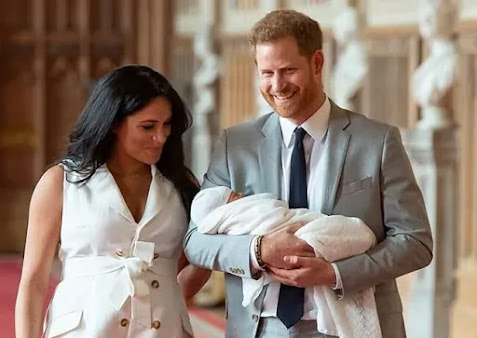 Loving life as a father, Harry explained: “It’s great. Parenting is amazing. It’s only been two and a half days, three days, but we’re just so thrilled to have our own little bundle of joy and be able to spend some precious times with him as he slowly, slowly starts to grow up.”

Any cookies that may not be particularly necessary for the website to function and is used specifically to collect user personal data via analytics, ads, other embedded contents are termed as non-necessary cookies. It is mandatory to procure user consent prior to running these cookies on your website.