A goat was pictured sticking it’s head out of the light area of a golf car which got people talking.
See photos… 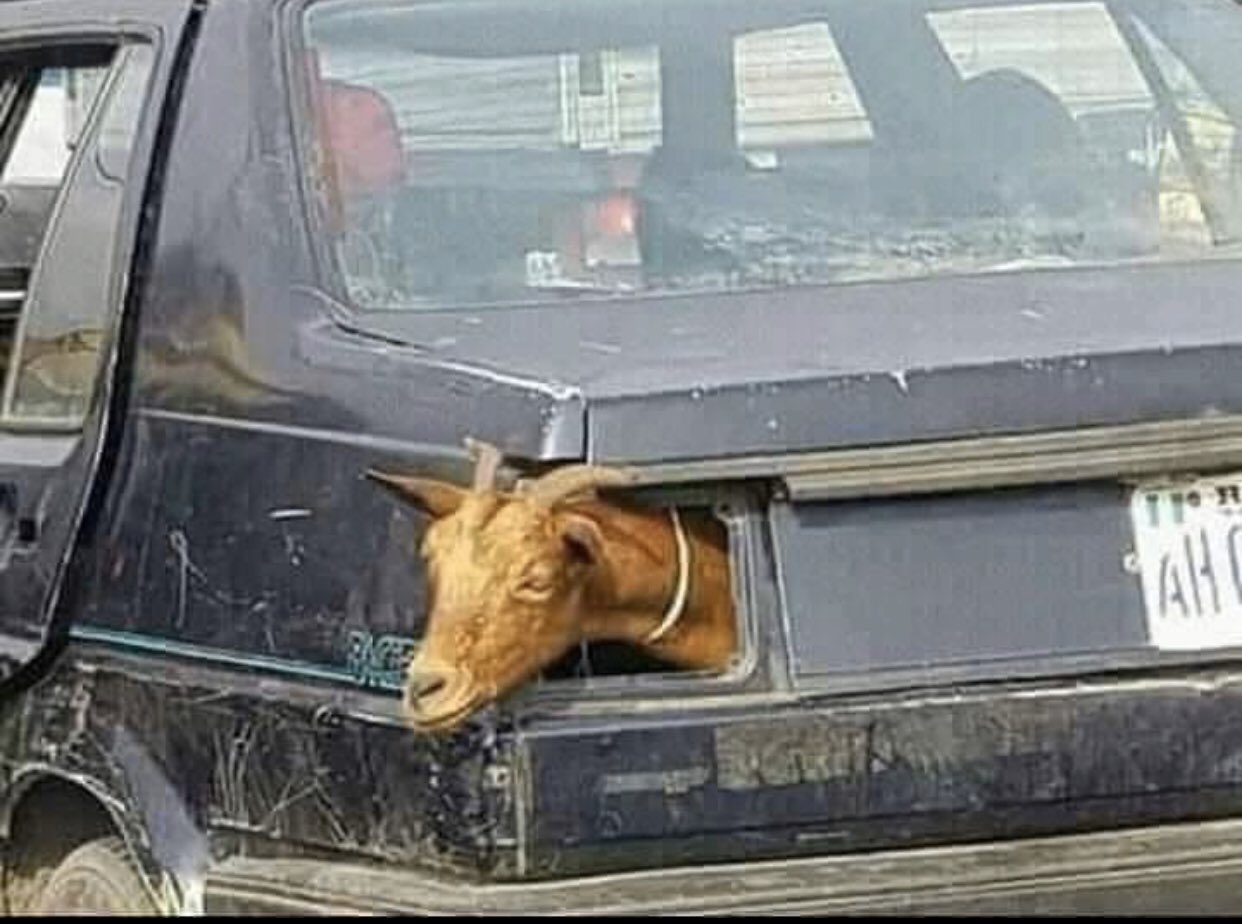 In other news, the President of the United States of America, Donald Trump was made jest of by the President of Russia, Vladmir Putin alongside other national leaders and was caught on camera.
Cardi B who Stated interest in becoming a politician had added that she was planning on going back to school to study on politics. This came after her reacting to the death of Qassim Soleimani by Donald Trump. She called it Trump’s dumbest idea ever.
Those who were involved in the crashing of the plane from Ukraine containing a great number of Iranians have been arrested.