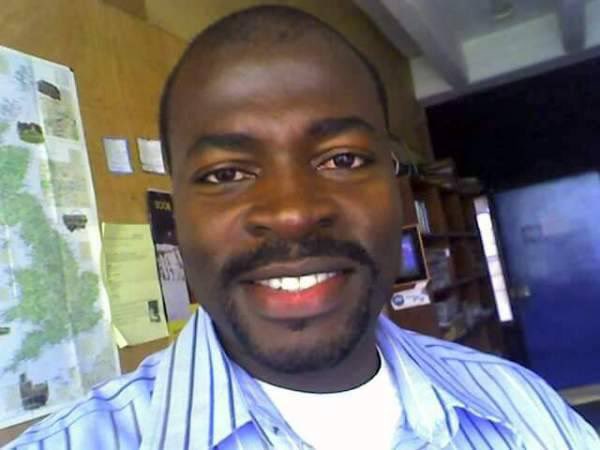 Just when everyone thought the whole s*x for marks scandals will reduce after the disgraceful exposure of some of the lecturers across different universities in the country, another had been found again.
The news about the lecturer was published yesterday after a student revealed that he tried to sleep with her threatening her with her grades.
Another person, who identified the lecturer as ‘Bisi’ claimed he was his lecturer in school.
He wrote…
“This is Bisi, he was my lecturer, and yes he’s this way. Most people (especially ladies) that finished from OAU History and or International Relations would testify.”
He also added that…
“He’s both incompetent (fully testified to by some of his fellow lecturers that made fun of him) and predatory.” 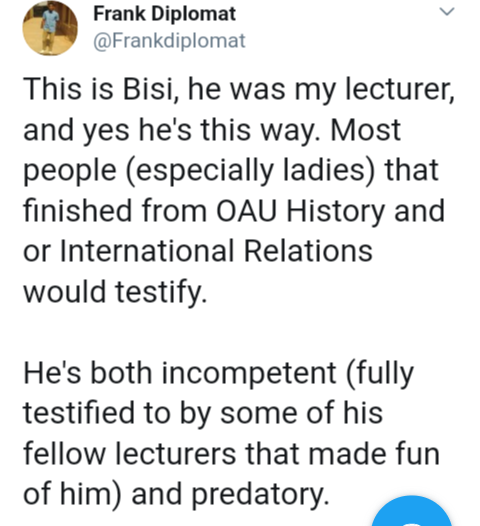 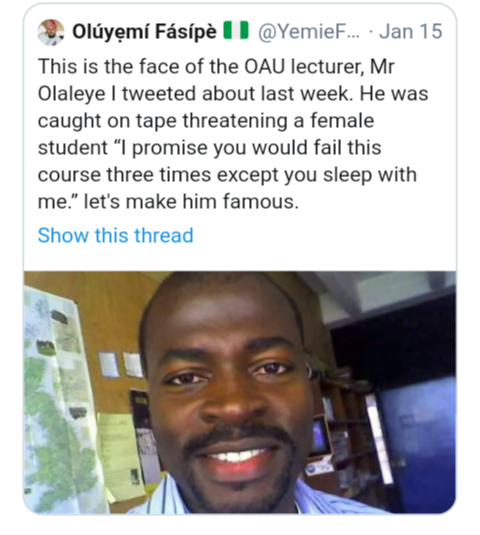