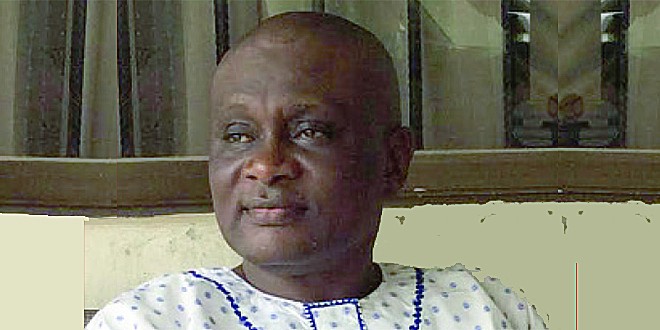 The chairman of People’s Democratic Party, Osun state chapter, Hon. Soji Adagunodo has been suspended by the National Working Committee (NWC) of the party.

This was contained in a letter addressed to Hon. Adagunodo by Senator Usman Tsauri, the National Secretary of the Party.

In a letter which was obtained by WITHIN NIGERIA, the committee stated that Adagunodo should quit being the chairman of the Party in Osun pending when full investigations will be concluded into allegations of maladministration, anti-party activities and malfeasance levelled against him.

Tsauri said the decision was imperative as the report of the National Disciplinary Committee of the PartMlay found him culpable of the allegations and complaints against him. 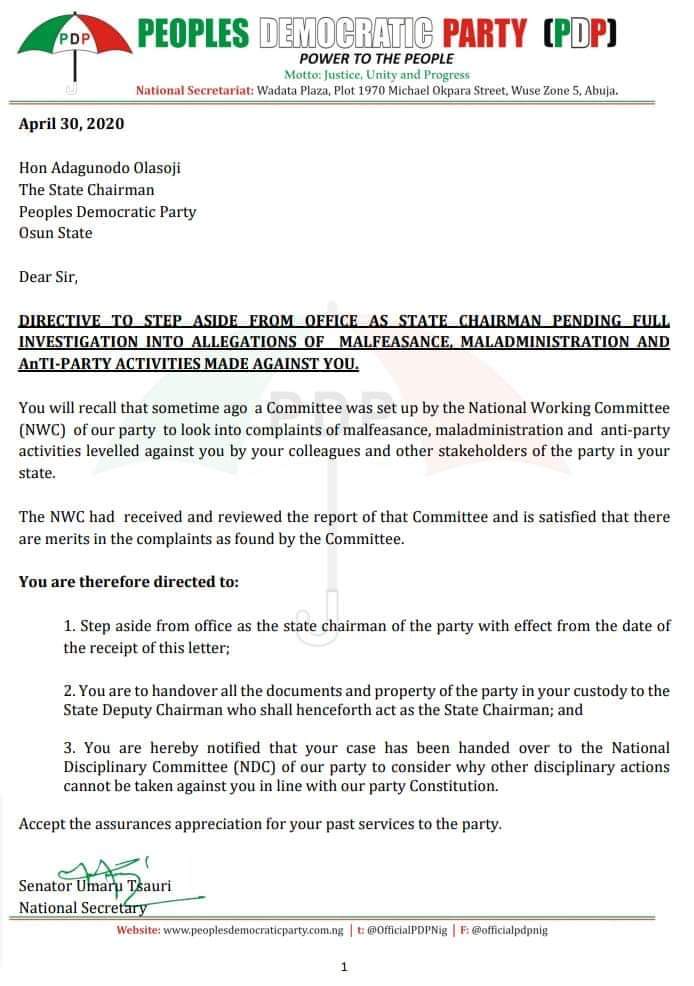 In a related story, WITHIN NIGERIA had earlier reported that an Osun State Magistrates’ Court, sitting in Osogbo has remanded a 32-year-old man, Akinloye Saheed, for allegedly posting false information on the Facebook page against Osun State Government.

Saheed a leader of People’s Democratic Party was arraigned on four-count charges bothering on defamation, false information, instill fear and an inciteful statement against the government.

8:31 pm 24 May 2020
Share This News
ALSO READ  We Have A Lot Of Dead Laws – Senate Spokesman
COVID-19: Father who rejected son for sneaking into Ekiti from Lagos, gets govt appointment
Why We May Start To Treat COVID-19 Patients In Their Homes – NCDC