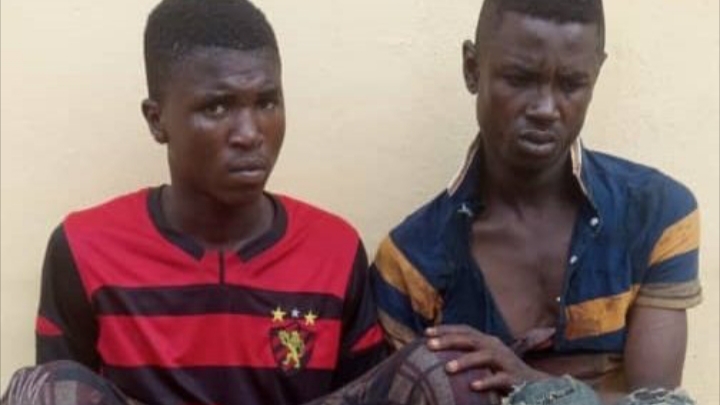 This was contained in a statement released by the Police Public Relation Officer in the state, DSP Haruna Mohammed on Saturday.

Mohammed said the suspects were arrested in a gun battle between them and police operatives attached to the Command Special Anti Robbery Squad(SARS) in collaboration with local vigilante group. 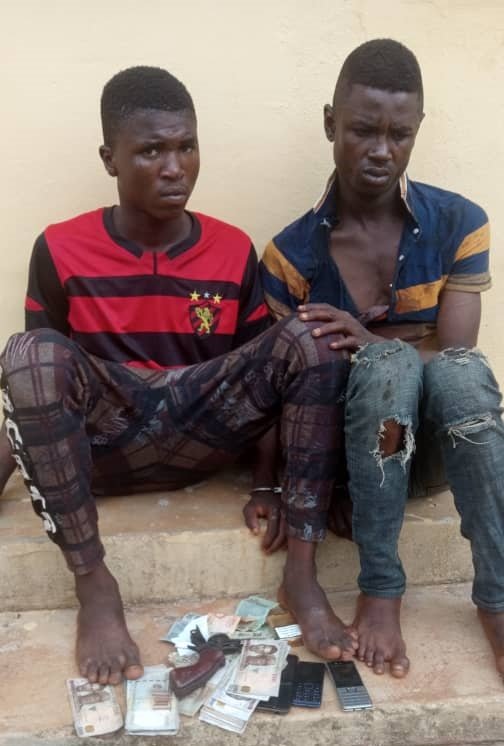 He said the suspects who had been terrorising the commercial city and its environ were caught red handed while robbing innocent passersby of their belongings in the area.

“Suspects were caught red handed while robbing innocent passersby of their belongings at Upper Iweka. On sighting the police operatives suspects engaged them in a shoot out and took to their heels when overpowered but they were pursued and arrested with the assistance of the local vigilante group in the area.

“Meanwhile, exhibits recovered in their possessions include two locally made revolver pistols, five .9mm live ammunition, three assorted phones allegedly snatched from the victims of the robbery operation, one driver’s licence bearing the name Fidelis Offor, and cash sum of One hundred and twenty three thousand naira( #123, 000) of different denomination.

“Case is under investigation after which suspects would be charged to court for prosecution.

“The Commissioner of Police, John B.Abang reassures Ndi Anambra that the Command under his watch will continue to make Anambra State unbearable to the criminal elements until they repent or relocate from the State.”